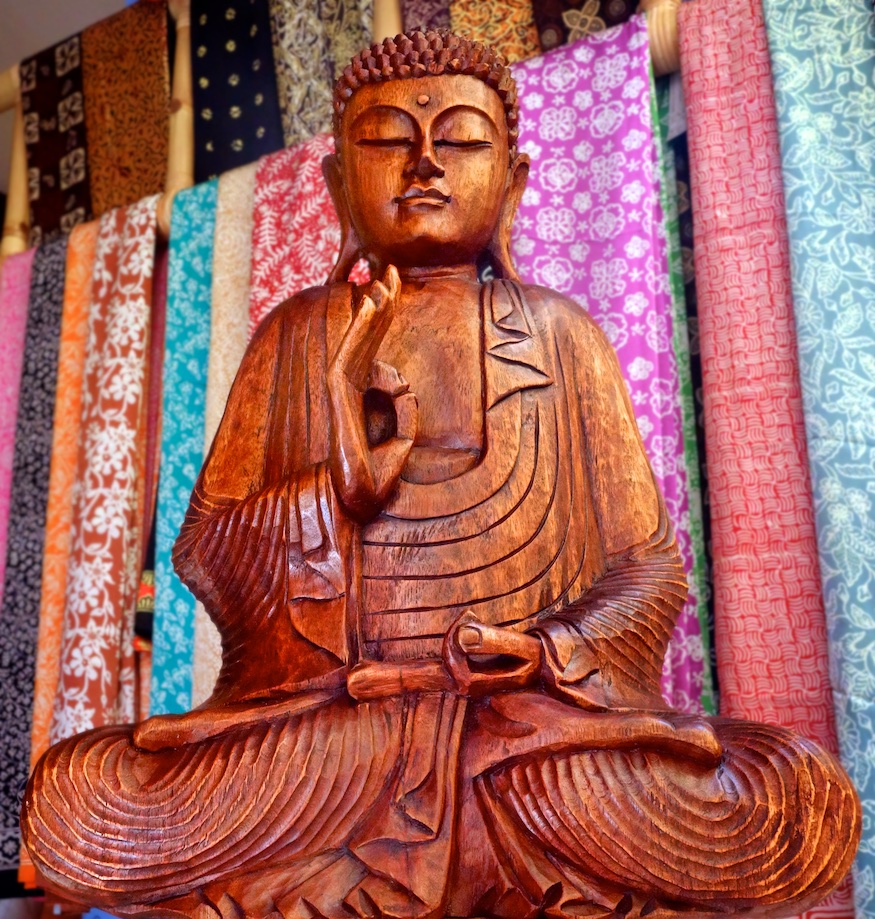 The title of Buddha in Sanskrit बुद्ध, means a person who, by his wisdom or “prajñā” is directed to reach enlightenment, Nirvana or having transcended to the duality Samsara / Nirvana.

Prince Siddhartha was born and studied literature, science, languages and he learned Hindu philosophy from a Brahmin.

He married Yashodhara and they had a son named Rahula.

Siddhartha, who is bored in the palace, one day began a walk that lasted forever. He successively encounters an old man who walks with difficulty, covered by purulent plague boils, a weeping family that carries the corpse of one of his own to the pile, and finally a Bhikshu, mendicant monk, bowl in hand, search his food without ceasing to keep his eyes lowered. 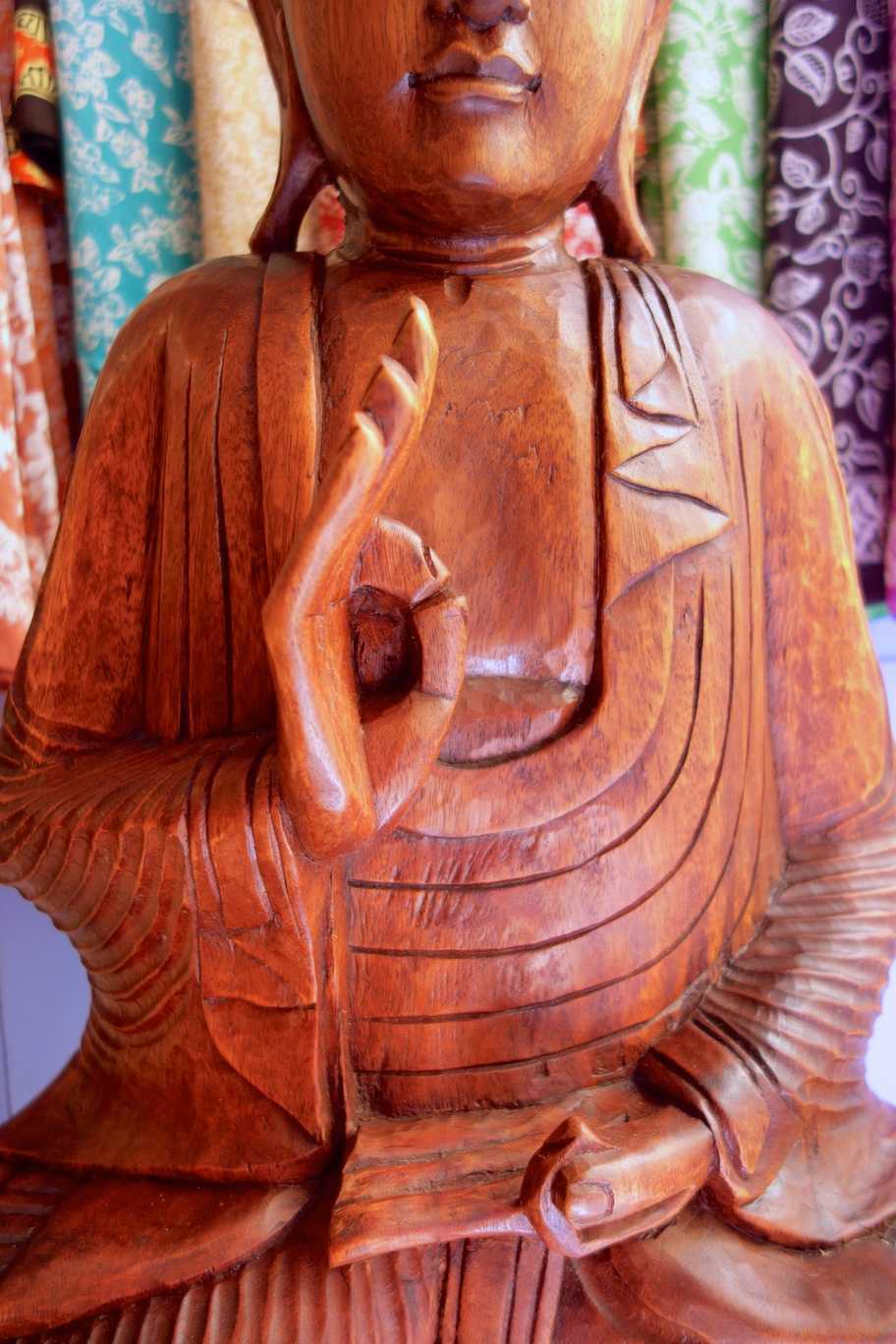 Siddhartha Gautama takes place under a a fig tree, vowing not to move before reaching the truth, and at the age of 35 years Buddha reaches enlightenment, one hand on the ground, in decision posture the earth to witness his past merits. He claims to have a complete understanding of nature, causes of human suffering and the steps required for its elimination. He will always will insist that he is neither a god nor the messenger of god, and that enlightenment is possible for all beings. 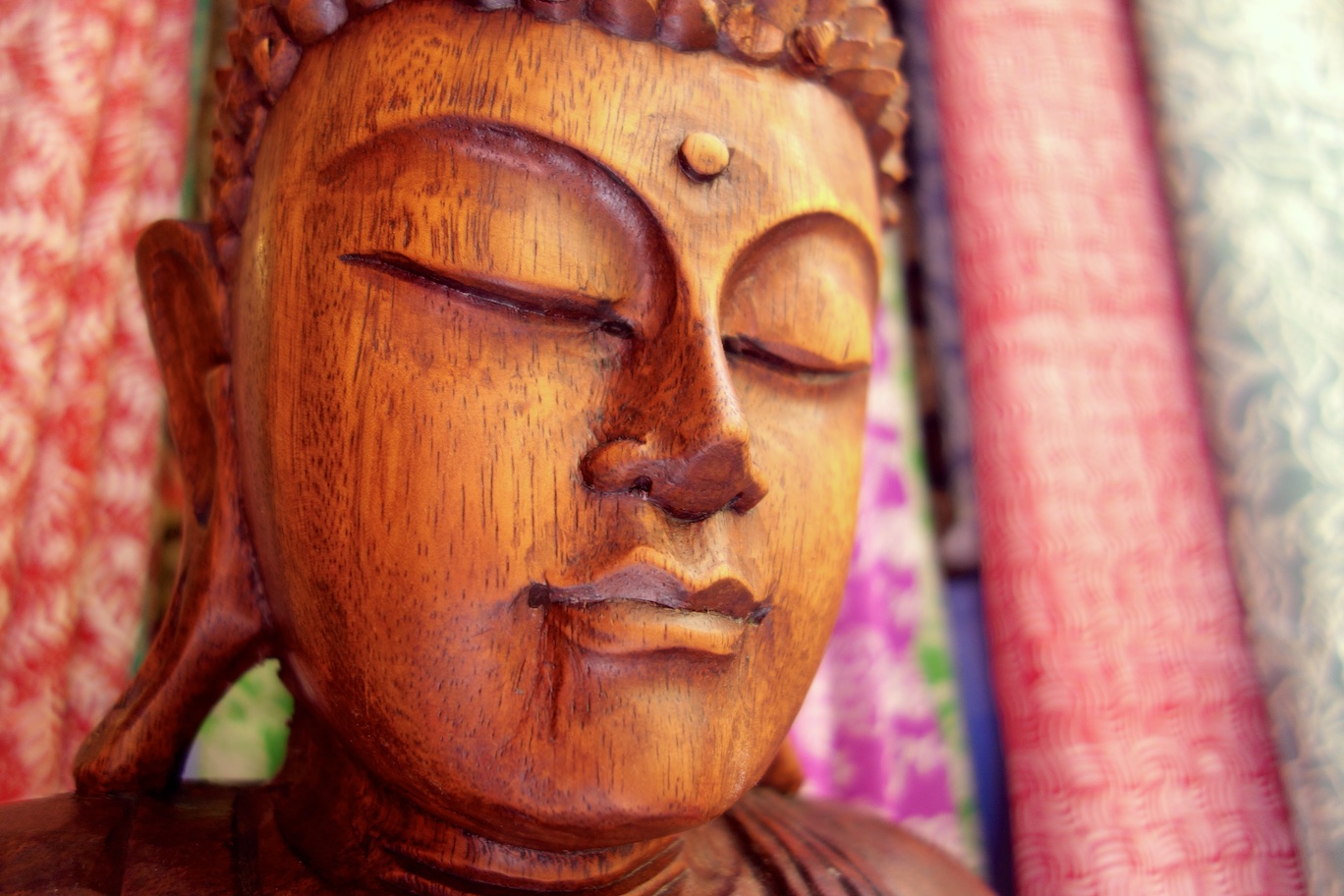 At 29, the prince then understood that if his condition does not set him free from want, nothing will ever protect him from old age, sickness and death. He wakes up one night startled and asked his servant, Chandaka, to harness his horse. The two men gallop to a nearby wooden palace. Siddhartha abandons his coat, servant, jewelry and horse to endorse the holding of a poor hunter. He asks him to greet  his father, adoptive mother and his wife and says that he is leaving to seek the path of salvation.

He then began a life of asceticism and devoted himself to meditative practices. 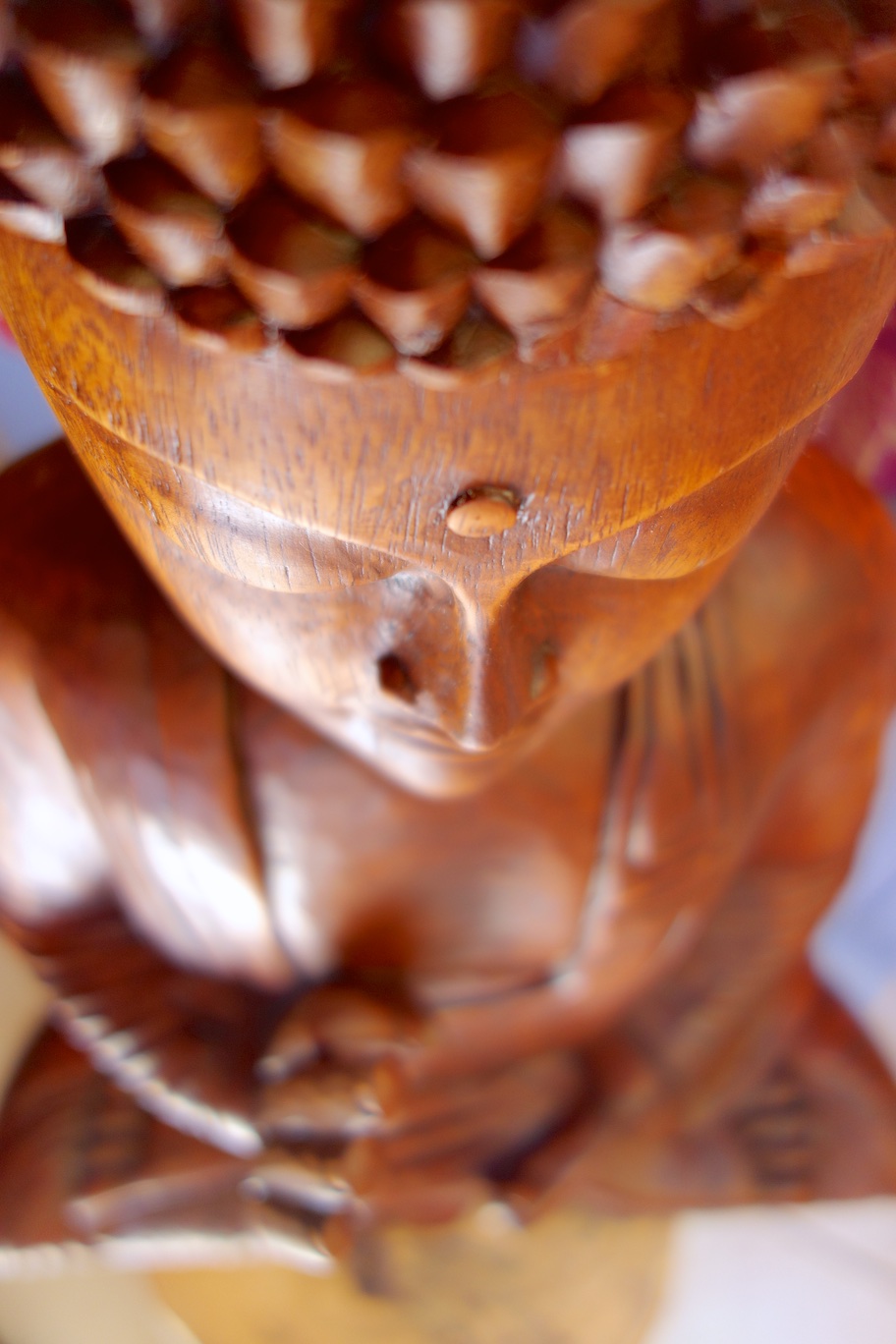 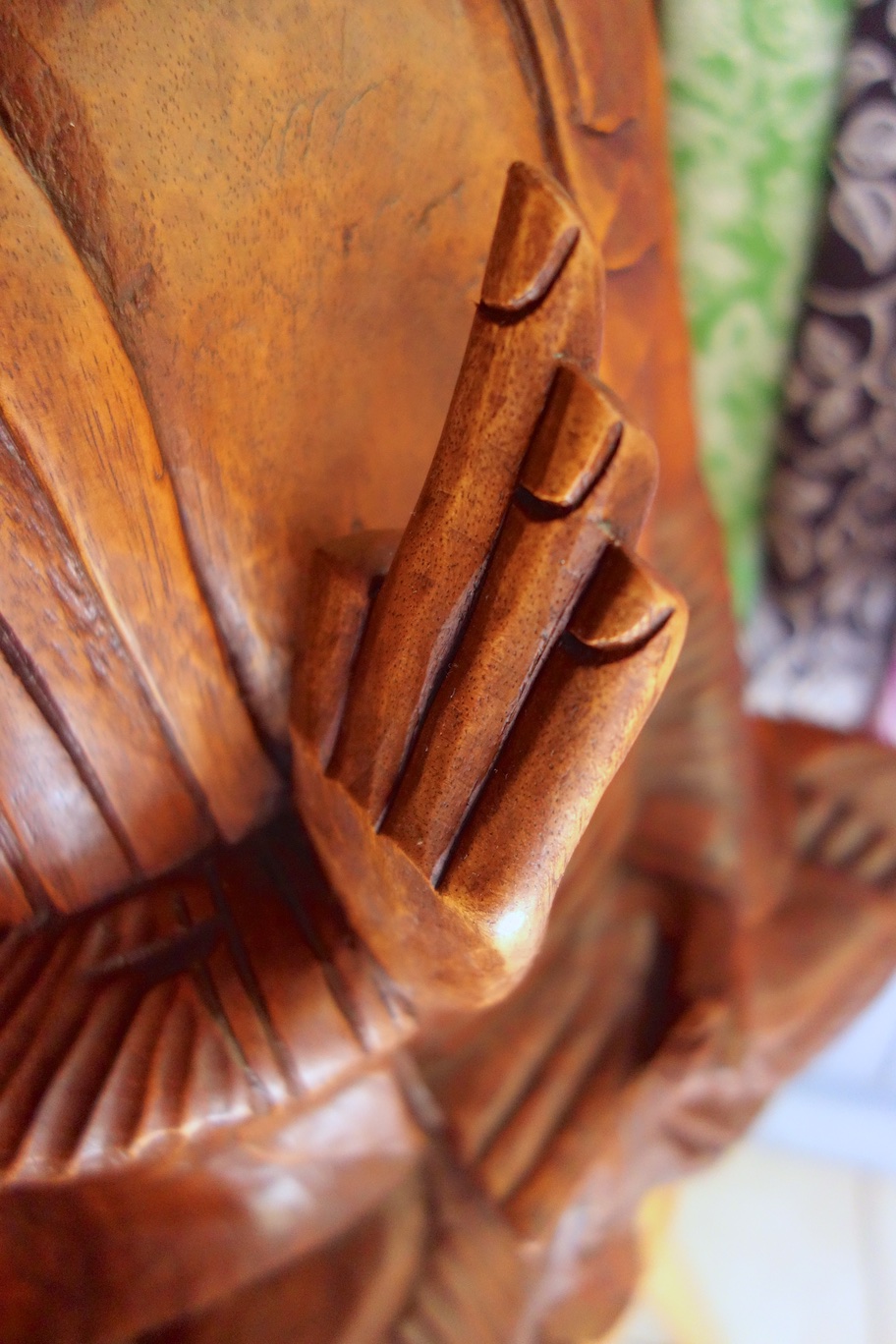 The last words of the Buddha are:"Impermanence is the universal law. Work diligently at your own salvation." 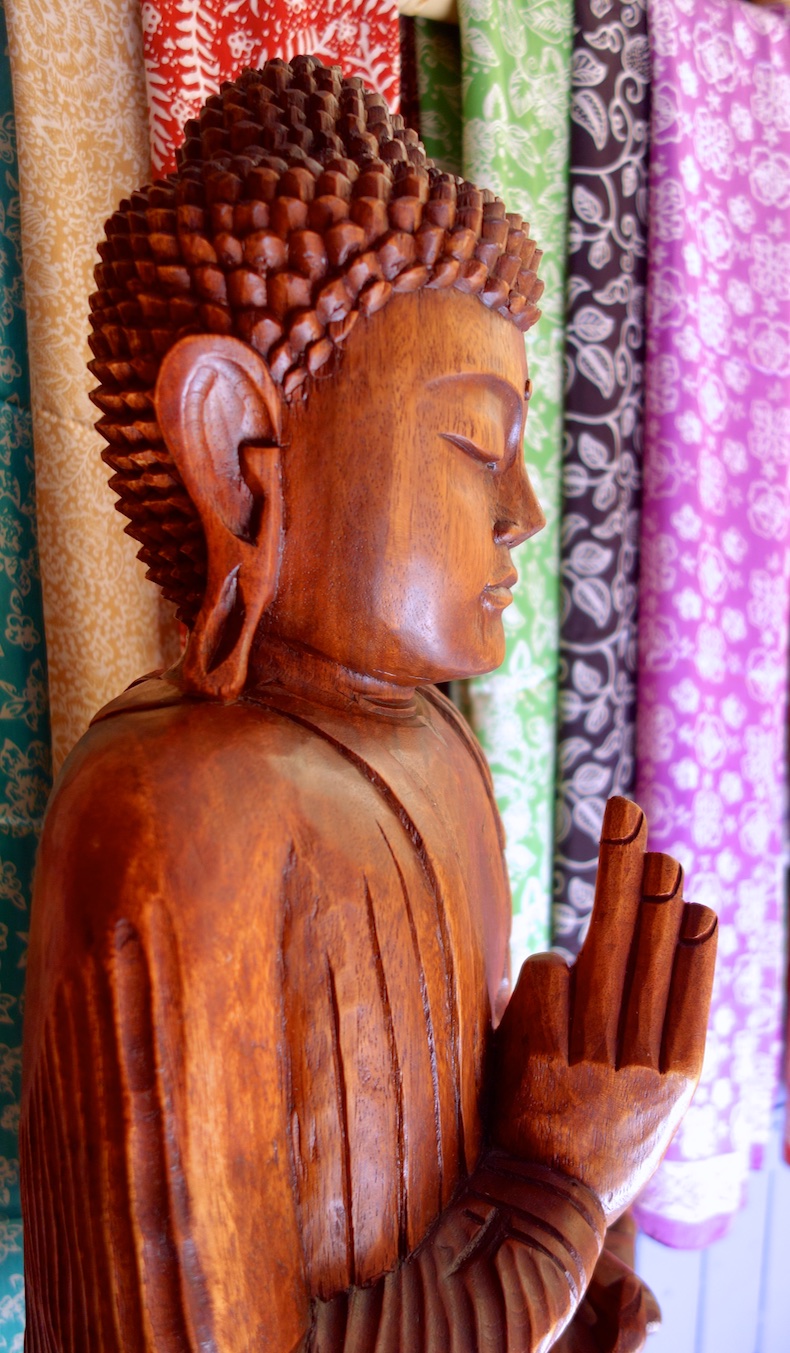 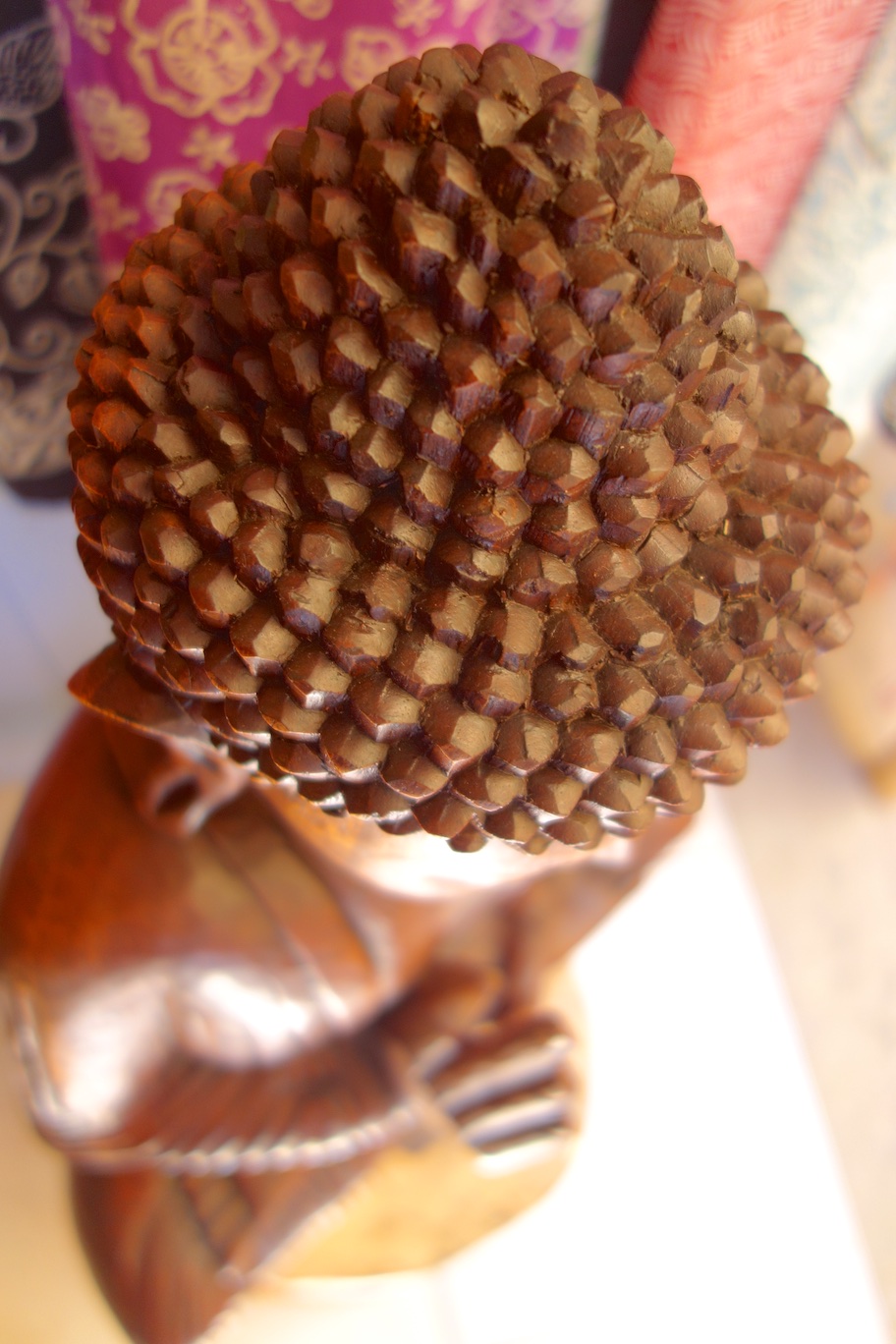 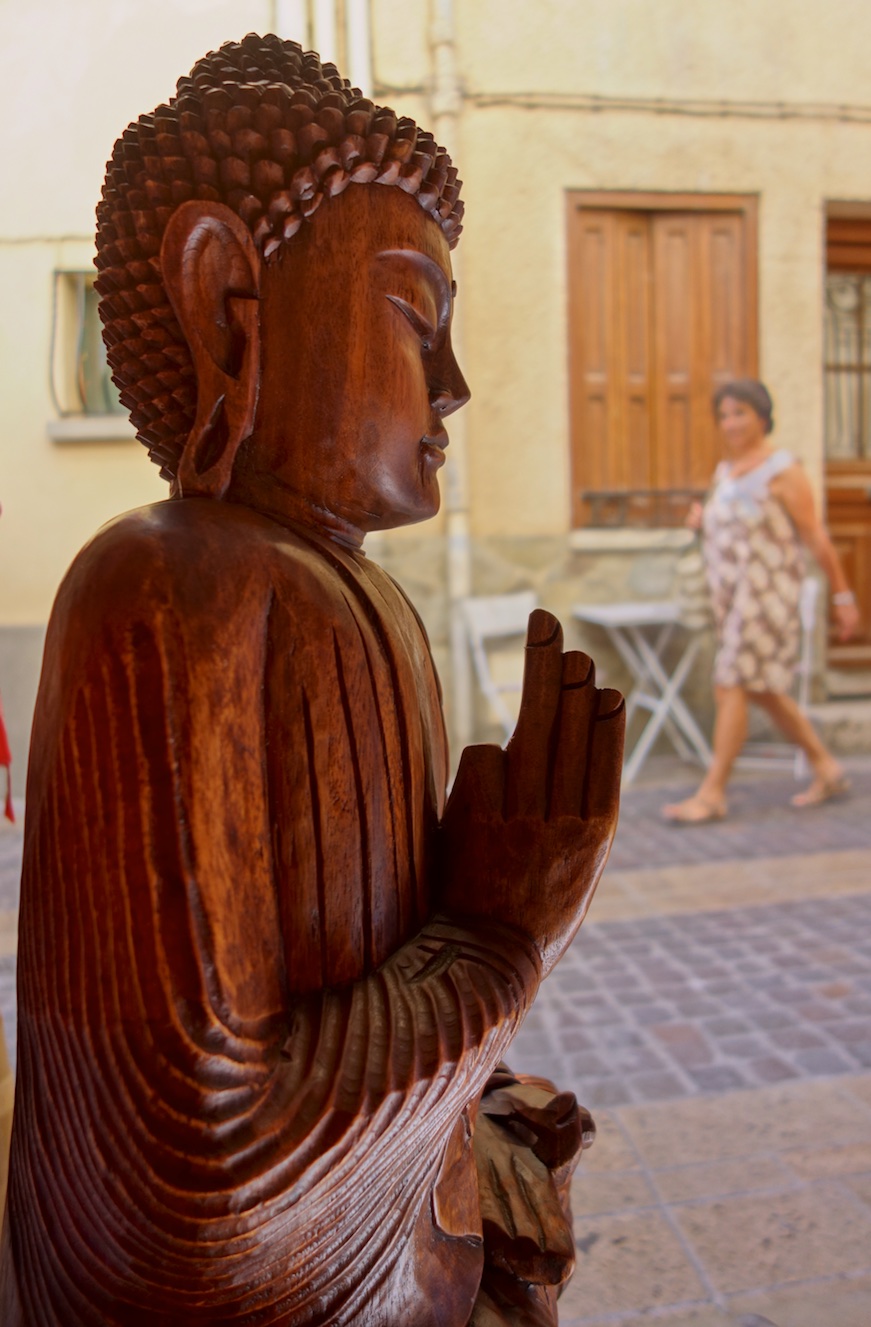 This Buddha is made of suar wood, it measures 60 cm.

His inner smile brings serenity and love to anyone who will take the time to watch it.